Case labeled and made by Francis Gottier
Works by Thomas Wagstaffe, London
Philadelphia   Circa 1770

Reference: Thomas Wagstaffe (1724-1802) of London was a famous Quaker clockmaker who was known to supply his movements to American Quakers who had them cased in Philadelphia and Newport. Born in England in 1742 at Banbury, Oxfordshire, Wagstaffe was recorded as a clock maker in London by the mid 1750s. He worked at Cary Lane near Goldsmiths Hall circa 1759 and from 1768 until 1793 at 33 Grace Church Street. Between 1759 and 1774, he shipped silversmithing tools to Joseph Richardson, the noted Quaker silversmith of Philadelphia, in addition to serving as Richardson's fiscal agent in London.
Several other tall case clocks with Wagstaffe works and Philadelphia area cases are known. One at Winterthur Museum displays a case with elaborate carving on the tympanum. Another example has a movement acquired in 1755 by John Carpenter of Chester County for his neighbor James Trimble. A fourth example was made for John Morton, a delegate to the Continental Congress and signer of the Declaration of Independence. 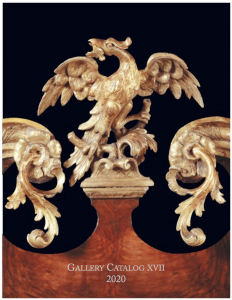